Dodged a Bullet on this Deal!

Glenn and I were due to buy this nice little three bed semi on the Partnership Programme from a motivated seller and as you can see it has Solar Panels……. All good so far! accepted on the basis of the condition.

I put together a document for the surveyor detailing schedule of works and sold comparables and was very pleased when he confirmed in his report that the post works valuation was £115k as we were buying at £65k, he also confirmed it was worth £65k in its current condition….. Happy days!

We were keen to exchange ASAP as we were in a contract race.

On the day of exchange we were good to go but required confirmation of that there was no charge against the property for the Solar Panels, however, as this property had an unregistered title we could not see if there were any charges!

We were under pressure as we were in a contract race.

Glenn suggested we ask for a retention to cover our selves in the event that there was a charge against the property for these panels. We also wanted confirmation that the panels had been bought and that the roof space had not been leased on a profit share basis as either of these issues could make the property hard to sell and/or hard to mortgage.

Of course, as quite a few of the lenders are not keen to lend on properties that have Solar Panels installed on lease arrangements this could have seriously impacted on our ability to resell the house.

As soon as we asked for the retention the vendor instructed the agent to go with the other offer and the competing bidder exchanged at their own risk.

Call me old fashioned but I didn’t fancy doing a £20k refurb to pay for someone else’s Solar Panels  to end up being left with a house that was hard to sell because it had Panels on the roof that were on  an unattractive lease deal.

We dodged a bullet on this one - that’s the power of the Partnership Programme, buying and selling property is a big boys game and if you don’t know what you are doing you can easily come off the worst.

Better to loose a deal than to make a mistake! 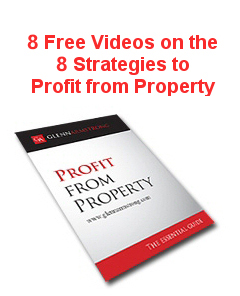